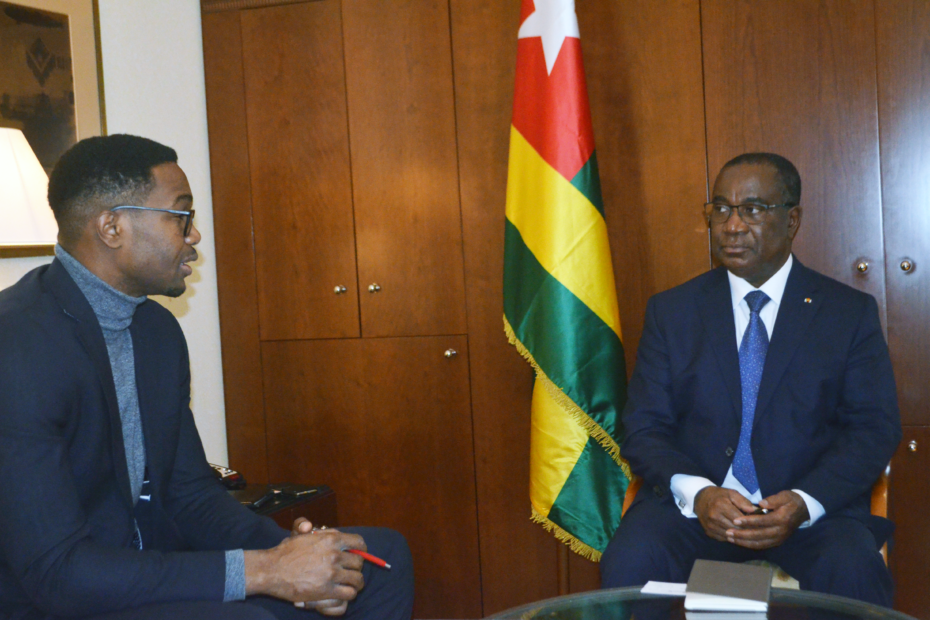 Berling (Germany), December 2019. An important part of the GreenTec Capital Africa Foundation’s (GCAF) mission to support the African entrepreneurial ecosystem is the promotion of linkages between relevant stakeholders and actors on the continent. This past November, GCAF arranged for a meeting between Erick Yong, CEO of GreenTec Capital GmbH and Co-Founder of GCAF and HE Komi Sélom Klassou, Prime Minister of Togo and his delegation.

The meeting took place on November 20th, 2019 in Berlin, Germany, and provided Mr. Yong with the opportunity to discuss investing in Togolese start-ups with the Prime Minister, as well as promoting digital start-ups. Erick was able to i discuss GCAF with the Prime Minister, as well as to introduce him to the support program the Foundation developed with the Agence Française de Development including interest free loans for promising entrepreneurs. the €15 Million Seed Fund.